Julian Fields is know by many within Victoria, Interstate and International through his dedication as a highly skilled player and as a first class coach. Dragons are truely humbled by the amount of time he has given us across his years at the club, and look forward to the years ahead. Julian can be know as the ‘Godfather’ of the Big V program when he introduced it to the club in 2007. The club now has a strong presence in the Big V league giving our juniors the pathway from Development Squad through to Division 1 Big V. Julian’s work in the seniors is equally matched with his VJBL coaching presence, coaching some of Dragons bright and upcoming stars of the future. We thank Julian for his time today and wish him all the best in the Finals. 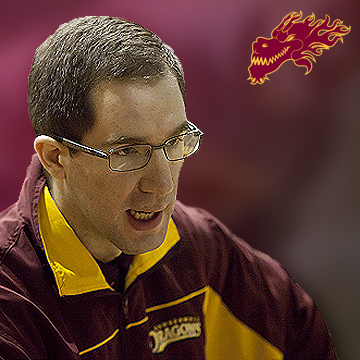 Q: Did you ever think you would finish on top of the ladder in the teams first season of Youth League?
It never came across my mind. To be honest, I never think about that sort of thing. There were a lot of unknowns coming into the season – new players, unfamiliar league and a new culture that needed to be created. I knew I had top grade point guards, which is an essential part of any basketball team; two of whom had come down from the men’s team last year (Mark Jeffers & Alex Burgess). I also knew I had a really competitive group of individuals, as this was a major theme at our tryouts. I was however really surprised how talented and deep the rest of the team was.

Q: How does the youth league team compare to when Ezra and yourself shared coaching the Big V team in 2010?
The feel of it is actually quite similar. Both teams had challenging practice games against stronger opposition and held their own. They then both won the pre-season tournament and started the season on a big winning streak. Both groups were really cohesive and everyone contributed. Hopefully, however this is where the similarities end, as we unfortunately bowed out of finals in two games against Melton in 2010. Ezra has been really solid this year and has been a much more active Assistant Coach. We both think alike. He is definitely ready to take on a senior head coaching position.

Q: How did you feel when you found out that your four looses of the season didn’t make the finals?
I’d be lying if I wasn’t a little pleased. For whatever reason we had our difficulties against Chelsea and Mornington. It was a crazy finish to the season with a 4-way tie and Chelsea dropping from 2nd to 5th in one weekend! As confident as we are being 6-0 against the teams in finals, I think the boys have their feet on ground and don’t expect anything to be given to them.

Q: What will it take to win the Semi against Warrandyte?
Great effort, energy & enthusiasm, focussed team defense and a pace and tempo on offense that will give us the best opportunity to reach 100pts. We are just going to trust our system and the work we have done and enjoy the experience.

Q: If you could give your players one thing to focus on during the game on Sunday what would it be?
Focus on one possession at a time.

Q: One message for the Dragon supporters?
Well, we all know how noisy the new short court is, we need to assemble a huge crowd. Make lots of noise when Warrandyte are on offense! Overall, thank you for your support throughout the season. This Youth League group plays the game with a real passion and outstanding sportsmanship. They are a terrific unit and take a lot of pride in being a part of Camberwell. Hopefully you can support them Sunday.