Michael ‘Oz’ Osekowski started his basketball career in under 10’s for his primary school. Basketball was always a big focus for him and his family growing up, after his mum played basketball for Australia in the Defence Force. Oz began playing juniors at Camberwell Dragons in U18s. After a short stint playing youth league at McKinnon, Oz returned to play in our senior Men’s team and hasn’t look back… 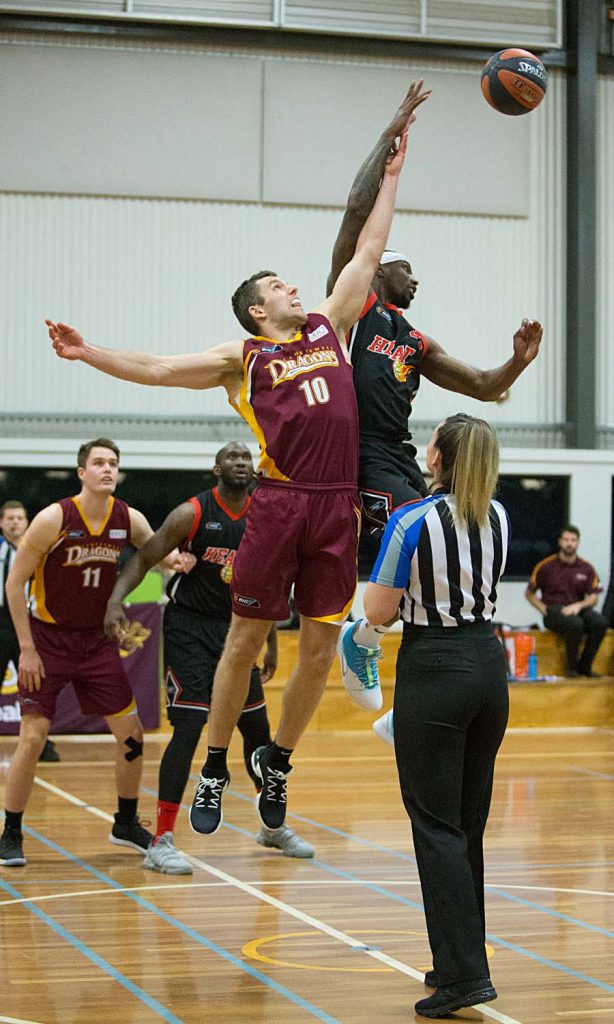 CD: Thank-you Oz for taking some time to answer a few questions in what will be a busy and exciting few weeks of this Grand Final series. Tell us how you’re feeling after the weekend’s wins.

MO: It was a great feeling to beat Mildura twice on our home court in front of such a great crowd. With those wins we have now beaten every team in the competition at least once so any sort of doubts about another team having our number are gone. While the feeling of beating Mildura certainly was sweet, I was incredibly impressed with the focus and maturity of the boys in the group to quickly re-focus and shift our sights onto this grand final series.

MO: To be honest, after suffering such a big loss so far from home you would have been forgiven for thinking perhaps we weren’t up to the challenge of finals basketball. I think it is a thought that may have crossed all our minds at some point. Luckily these feelings must have only been fleeting as we came into training that week with an intensity and focus like I haven’t seen from the boys all year. We reviewed the game film over an athlete’s secret weapon in a ‘pot n parma’ and came out on Saturday with a belief and desperation that made me so proud to be apart of this team.

CD: You are a very busy guy, how have you found juggling the demands of such a successful basketball season with your career as a doctor (and gym fanactic!)?

MO: It certainly has been a busy year but basketball has always been a great outlet for me. Despite often feeling constantly on the move I’ve loved every moment of the year. Although I think I owe Louise (my fiancé) a few weekends away and date nights at seasons end.

MO: There have been many highlights on the court, triple overtime win against Melton, watching Jeffers get dunked on, seeing Sam Cass hit 3’s but for me the best times have been off the court. Mark strongly emphasized the need for a good personality and ‘good-bloke-ness’ in pre-season selections and I think its paid its dividends as we have become a group of good mates who make each other laugh and genuinely enjoy time with each other.

CD: You have been apart of Camberwell’s senior program for a number of years, what do you think has been different about this season that has led the team to the grand final series?

MO: It’s hard to put it down to one thing in particular. I think it’s a combination of experience, balance, attitude with just the right amount of Canada.

MO: It’s going to take hard-work and belief. Belief in ourselves, our structures and each other. I am 100% confident that if we bring the same belief, desperation and will that we showed in our semi-final series to this grand final series, we will be successful.

MO: Our wins against Mildura would certainly not have been possible without the support of our large and vocal home crowd. We are going to need every ounce of energy and support we can muster so cheer loud and proud. Go Dragons!