DOUBLE TROUBLE
4 Days out Dragons sit down with two new players that now call Camberwell their home. After moving across from Doncaster Basketball Association last year Dylan Sweeny and Alan Chan have settled quickly into the Dragons community. Both are currently coaching VJBL junior sides, Alan in charge of the BU16.3’s while Dylan is guiding the BU18.4’s for season 2013 sharing the knowledge they have learnt over the many years of their playing career. Both are having great first years with the club and will look to finish it off this Sunday in the Grand Final. The entire Dragon community wish the both them the best of luck as they and the team go in search of the clubs maiden Senior Championship. Get behind the guys by coming down to Balwyn HS @ 12pm THIS Sunday to cheer the team across the line. 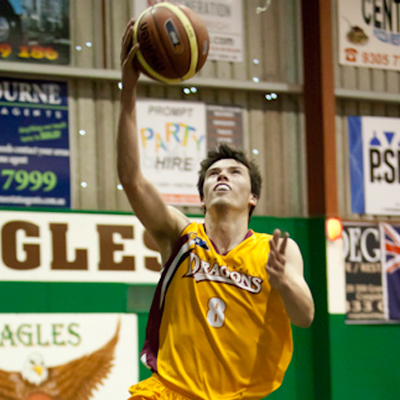 CD: You work with coach Fields at QBE Insurance, is it ever fiery in the office on a Monday?
DS: I wouldn’t say it’s ever been fiery on a Monday morning at the ‘Q’ because we’ve had a fair bit of success this season. So we’re usually rocking up to the office pretty happy with the weekend, except when we played Chelsea where I’m pretty sure Alan “Chanman” Chan and I avoided eye contact with him until lunch on both occasions. Coach Fields is pretty cool, calm and collected and likes to keep a bit of a lid on things, but you can tell he’s busting for a win this Sunday.

CD: It’s your first season at the club what has been the best thing about the club?
DS: I’ve really admired the amount of people who give up their time week in and week out to ensure that everything runs smoothly. Big V game days require multiple volunteers who sacrifice their own time to allow us to play every week. The amount of support that we have been given this season has been fantastic and as a player, I’m very appreciative of all the hard work behind the scenes!

CD: Your family watch you nearly every game, they must be pretty proud you’re in the Grand Final?
DS: Yeah they love it, I think they’ve only missed 4 or 5 games this season and they’re already camping out the front of Balwyn High to ensure they get the best seats in the house! They’re all extremely proud to be watching me play in the grand final on Sunday and I am very grateful for all the support that they have given me throughout the season, it means a lot!

CD: You hit a massive three on Sunday; did you ever think you guys were safe?
DS: Yeah it’s always nice to hit a big bucket to stop a run, and all the Camberwell supporters making noise in the stands made that a memorable moment for me. I knew that if we just stuck to our game plan and dealt with the game one possession at a time without getting too far ahead of ourselves then we would come out on top.

CD: It was great to see your U18 Dragon boys on Sunday. If you were to give them and all juniors one skill to work on what would it be?
DS: It was good to see my boys at the game, they’ll all be getting good minutes this Friday. It was also great to see heaps of other junior players at the game who I’m sure all have their hearts set on one day getting the opportunity to play youth league for Camberwell. I’m big on the jump shot as I believe that good form and a solid shooting technique allows for other areas of the game to be added around the foundation of a good jump shot.

CD: Grand Final this Sunday, are you nervous?
DS: I think naturally myself and all the boys will be a little nervous given that its a grand final. But I also think that Julian and Ezra have cemented the brand of basketball that we want to play into the group so we just have to trust our system. I’m sure once the ball goes up at 12pm we’ll all be ready to go!

CD: The team has the edge on Coburg beating them in both games in regular season, what will make it 3 from 3?
DS: Our success against Coburg during the season obviously gives us great confidence for Sunday. We’ll approach training this week with a positive attitude and I’m sure Julian and Ezra will leave no stone unturned in our preparation. If we play our up-tempo style of basketball and lock down on defense, I like our chances! 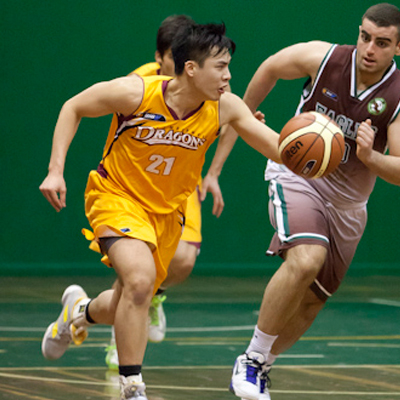 CD: It for first season at the club what have you enjoyed the most about the club?
AL: Definitely the people and the culture. Everyone is welcoming and just loves having a good time! Never a dull moment at Camberwell!

CD: When was the last time you played infront of 200 people?
AL: Don’t think I have ever played in front of a crowd of 200. It was surreal the amount of support we received, and it was great to get the win in front of the roaring home crowd.

CD: It must have be special when the team won on Sunday. Who do you enjoy watching play the most in the team and who have you learnt the most off?
AL: There’s a few names that come to mind. ‘Mr. Golden Hands’ himself, Mark Jeffers, is a wizard with the ball; his ability to find teammates and get them into the spots they like is poetry in motion. John Young ‘The Manimal’, love seeing the big fella rip down the boards and create havoc for post defenders. ‘Soap’ aka Matt Barr, is a scoring machine and scores at will inside and out. But overall I enjoy watching all my teammates play, as we all have a different skill set and styles that we bring to the team.
I’ve probably learnt the most from the ‘June Coach of the Month’ Coach J. Fields, who changed the way I view the game, and taught me how to be an effective player by picking my moments and feeling the flow of the game.

CD: It was great to see your U16 Dragon boys on Sunday. If you were to give them and all juniors one skill to work on what would it be?
AL: It was fantastic seeing some of the U16 boys come down and show their support for the Youth League team. If I could give them one aspect to work on, it is to be the teammate that you want to play with. This may be in terms of your skills, your character and how you approach the game. Hope that’s not too deep for y’all!

CD: Grand Final this Sunday, are you nervous?
AL: I’d be lying if I said I wasn’t feeling nervous! But I realise that opportunities like this don’t come very often, so I can’t succumb to any of the pressure, and have confidence in my team and my own abilities.

CD: The team has the edge on Coburg beating them in both games in regular season, what will make it 3 from 3?
AL: It will take nothing but our very best efforts! Most importantly we have to stay united as a team and believe in our game plan. There’s a reason why we were the only team to beat Coburg at their home stadium and only team to beat them twice, so we just have to do what we do!

CD: Finally, send the Dragon supporters one message…
AL: Get down early if you want a seat because it will surely be a sold out crowd! Be loud and cheer at the top of your lungs! Don’t miss out on the chance to see the Camberwell Dragons make history on Sunday!