Rachel Bett has been a part of the Camberwell Dragons family since 2007 where she started playing in the under 14’s VJBL program. In 2010, at just 16 years old, she joined the seniors women’s Big V team and has been a part of the Big V program ever since. Throughout her 8 years at the club, Rachel has become a huge part of the Dragons. In 2012 she was an integral part of the under 18’s side that became the first Dragons team to qualify for the National Junior Classic. She has become a key coach for the girls under 14’s VJBL program, and was named the Youth League Captain in its debut season in 2014. It’s here where she has played her best basketball to date, establishing herself as a quality Camberwell Dragons player, and the leader of the this Youth League side on and off the court. This weekend she leads her team into the Youth League Grand Final, the first senior women’s team to make it to the last game of the year. 4 days out from the biggest game of her young career, Rachel shared her thoughts on the upcoming game. 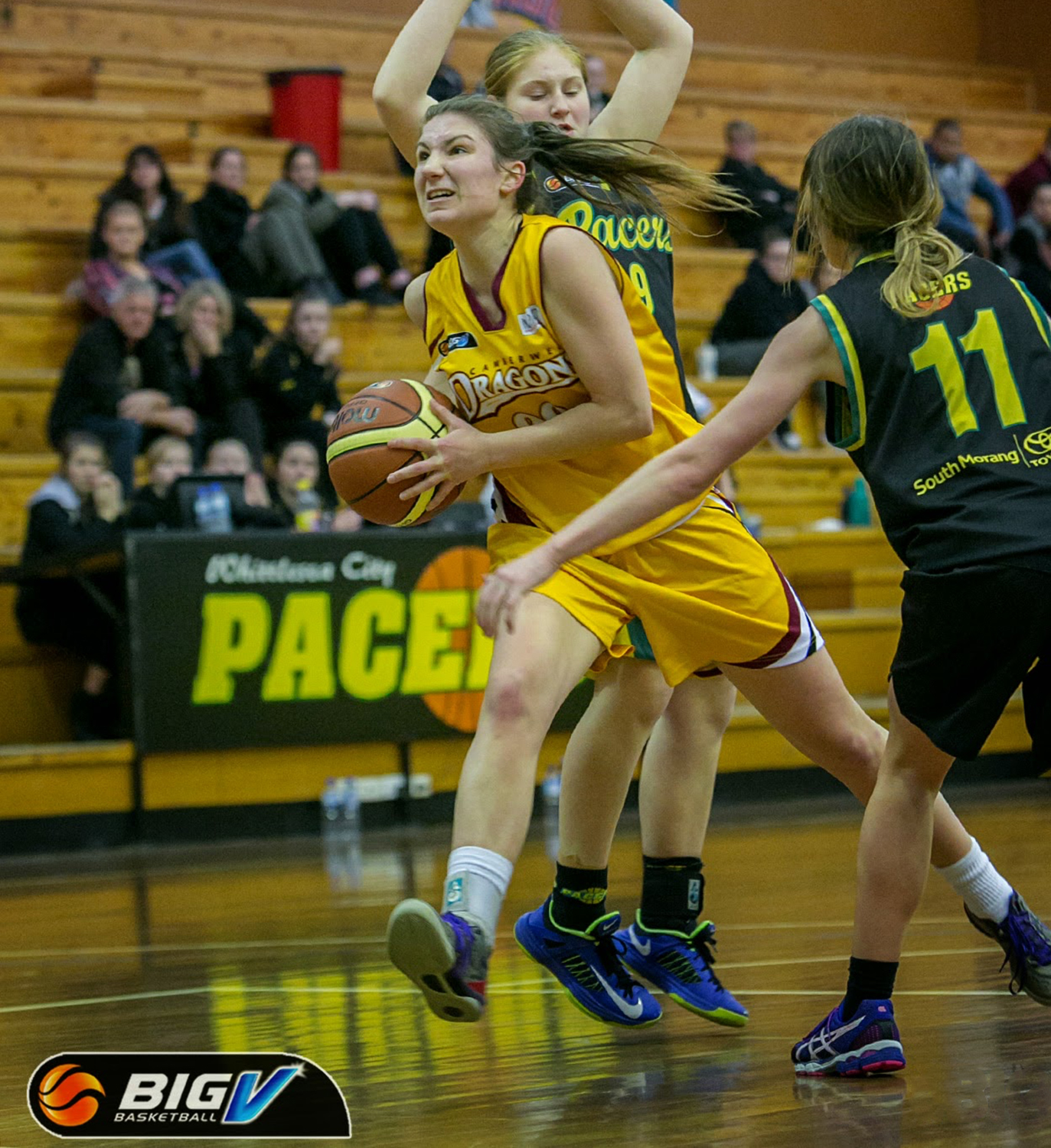 CD: Thank-you Rach for giving up your time on what will be a busy and exciting week of training and a nervous wait till Sunday. Tell us how you’re feeling after the weekend’s win.

RB: I am feeling really confident after the weekend’s win. I think that everything that we have been working on this season, particularly the last month or so, really came together. It was a great team win, and has put us into a really positive mind frame leading into the grand final this weekend.

CD: Did you ever think you and your team would finish top of the ladder, only losing three games in just your second season of Youth League?

RB: It was definitely an idea that we had flirted with during pre season, but I’m not sure that anyone thought we would tie together as many wins as we did.

CD: You played a couple of years in the Women’s side starting when you were just 16. How has that experience helped your leadership in a relatively young Youth League side?

RB: I was really lucky to be given the opportunity to be a part of the women’s side for a few years before playing Youth League. Playing with and against older and more experienced basketballers has been an invaluable learning experience and definitely benefitted my basketball both on and off the court. Being so young in the Women’s team was really hard but I am now reaping the benefits.

RB: Aside from the 14 game winning streak that the team went on, the most memorable moment was when Michelle West hit a half court shot to beat Sunbury by 3 in our first clash for the season!

CD: You’re an extremely busy person, studying Law at Deakin Uni, coaching multiple basketball teams, you’re a rowing coach, and you referee on weekend, has it been hard to balance everything?

RB: I am normally pretty good at juggling everything that I do and I have a lot of people that help out when things clash or I am really under the pump. My social life is probably the thing that suffers the most because majority of my weekends are consumed by basketball, so it’s hard to find a good balance between everything that I do at basketball and catching up with school friends etc but I do my best to make it work. Mum and Dad are great too, they put up with me flying in an out the door at any given time and almost always have something that I can grab and eat on the run!

CD: Your mum and dad have watched most of the games this season, they must be very proud of how you’re playing, who do you think will be more nervous come Sunday, you or them?

RB: I’m sure Mum will probably be pretty nervous but Dad is usually pretty cool, calm and collected. I think he’s probably more excited about the banter in the crowd than anything! On Sunday, I’m sure it will probably be me that is most nervous.

CD: Do you feel the pressure on the team?

RB: Not really, I felt more pressure leading into last weekend’s game. Now that we have made it to the grand final, anything can happen. Sunbury are a solid team, and it will be a really tough, close game this weekend. I think we are ready for this game and with the added advantage of our home court and home crowd I don’t feel that there is a lot of pressure on the team.

CD: What will it take to win the Championship?

RB: Defence. Sunbury is a high scoring team, so if we can shut down their offensive game I think we could quite probably go home with a championship. That, and our team morale.

RB: Get there early if you want to get a good seat and make lots of noise! Sunday’s game is one you don’t want to miss!!