After 18 years of playing domestic basketball and practicing jumpers in the backyard (heavily guarded by our hills hoist clothesline) Nate got his first taste of Big V ball in 2010. After 5 season at two ‘Cougar’ named clubs, Nate was introduced to the Dragon’s Den in the 2015 season. Taken under the wing of Kev ‘The Vulture’ Anstey and slotting alongside our competitive point-guard Mark Jeffers (who shares a similar shade of hair) Nate knew he found the right fit. Four seasons later Nate has shared in highs and lows with our club, but the best is yet to come… 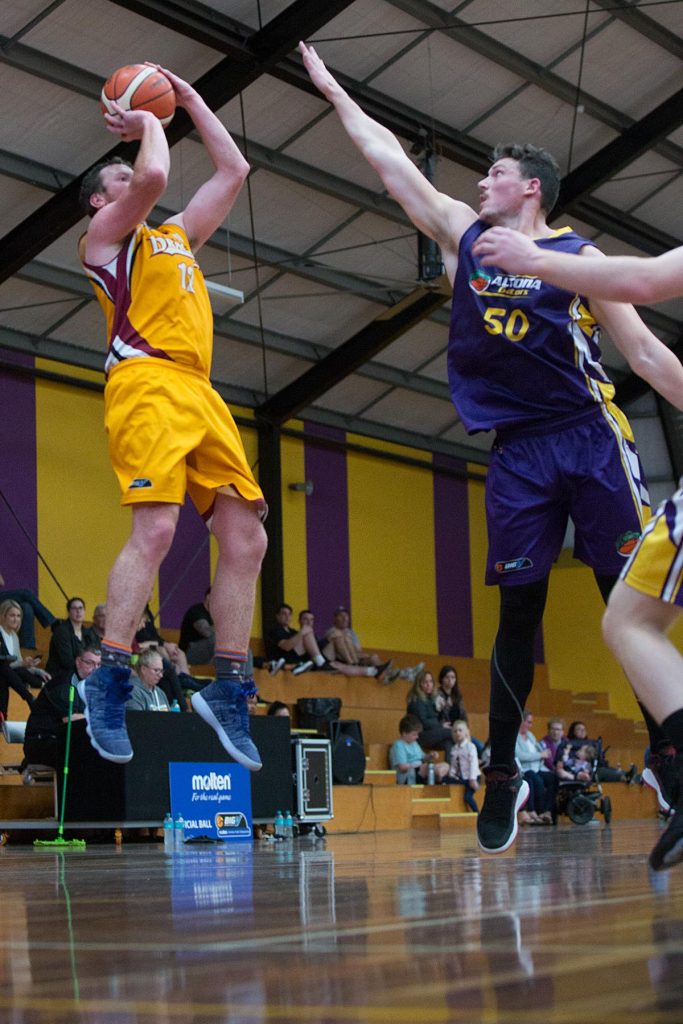 CD: Thank-you Nate for taking some time to answer a few questions in what will be a busy and exciting few weeks of this Grand Final series. Tell us about how excited the team was to get two big wins against Mildura in front of a home crowd to secure a spot in the grand final?

NO: In short, I have not seen more joyous expressions on some of my team-mates faces than I did on Sunday after our win. Beating Mildura two games in one weekend is a hard task, and the team rose to the challenge with a mix of composure and passion. From enthusiastic Mark ‘Rudy’ Fernandez fist-pumps, Sam Cass celebrating up and down the sideline and Ben Hanley’s ear-to-ear grins after drawing multiple offensive fouls the best sights were the embraces with loved ones just as excited once the game was done and dusted.

CD: The Dragons community was devastated earlier in the season to see you sidelined after suffering a season ending achilles tendon injury. How has your recovery been and how difficult has it been not being able to contribute on the court for the team that you captain?

NO: In regards to the recovery, it has been slow but positive. I don’t want to rush anything in this process and ensure that I’m making the right decision towards my future fitness and sporting goals. On the flip-side, learning to lead from the sidelines has been a difficult transition. I would say I previously had a less vocal role as captain, and lead by how I played the game. As much as it hurts to not be out on the court alongside my team-mates I am overwhelmed by their support and it is more than a pleasure to be a part of this finals run.

CD: Despite not being able to contribute on court, your contribution off the court has been so important to the team’s success. The team has suffered several season-ending injuries this year. How has the contribution and commitment of those guys that are unable to hit the court aided the success of the group?

NO: Our team is fortunate enough to be full of unselfish players. Despite a number of significant injuries, the team has continued to band together and support each other in whatever capacity possible. Our bench and support crew have gained such a powerful voice for our on-court players, and needless to say it has helped thrust the team through less-than-ideal situations and re-gain our momentum. We are in the finals because of the strength of the entire team, and not individual effort.

CD: How did the team go about preparing for the games on the weekend after such a tough game up in Mildura?

NO: With focused determination and a relentless drive to win. Never once did I see in our team’s eyes the thought that we were going to be eliminated. We learnt all we had to from our trip to Mildura, where we failed and where we needed to improve. The proof was in the pudding last weekend where it was all put to work.

CD: You have been an integral part of Camberwell’s senior program for a number of years, what do you think is the best part of the senior program and the club more generally?

NO: In regards to the Senior Program, everyone is a genuine person and no-one is playing up who they are or going after selfish goals. It’s refreshing to know that you can have a real, honest chat with any of the guys or girls and that everyone wants to see the teams succeed. Overall, the Dragons community is incredibly open and supportive. There is never a ceiling set for you at this club. The club will help you become the best that you can be, as long as you’re willing to put in the work. There will never be any hold-backs, only opportunities.

CD: What do you think it is going to take for the team to win the Championship?

NO: To stay on our path. We have the right mix of passion, composure and resilience. We have demonstrated a number of come-from-behind triumphs and understand we can overcome any obstacle.

NO: Prepare yourself with some lozenges, clear those throats and get ready for two weeks of cheering on Camberwell. Make sure you mark it down, this is the year of the Dragon!