Get excited everyone, the break is over! Training started back on Sunday for our VJBL teams giving them the chance to blow some holiday cobwebs away and burn off some of those choccie bunnies. Two of our teams played in the Whittlesea tournament last weekend, with both being grand finalists. Friday night games are back this week so good luck everyone! In Big V news, we had a triple header at BHS last Sunday with 2 teams getting the W.  GO DRAGONS!

WHITTLESEA TOURNAMENT
Our U12/1-2 and U18/3 boys decided to participate in the Whittlesea tournament last weekend and both teams made it into their Grand Finals. The U18/3 boys won three of their four pool games but went down 25-35 in a physical GF, great effort by Jarrod and the boys! The U12/1-2 boys won all five of their pool games and went on to win their GF 51-32, congratulations to Conor and the young Dragons superstars! 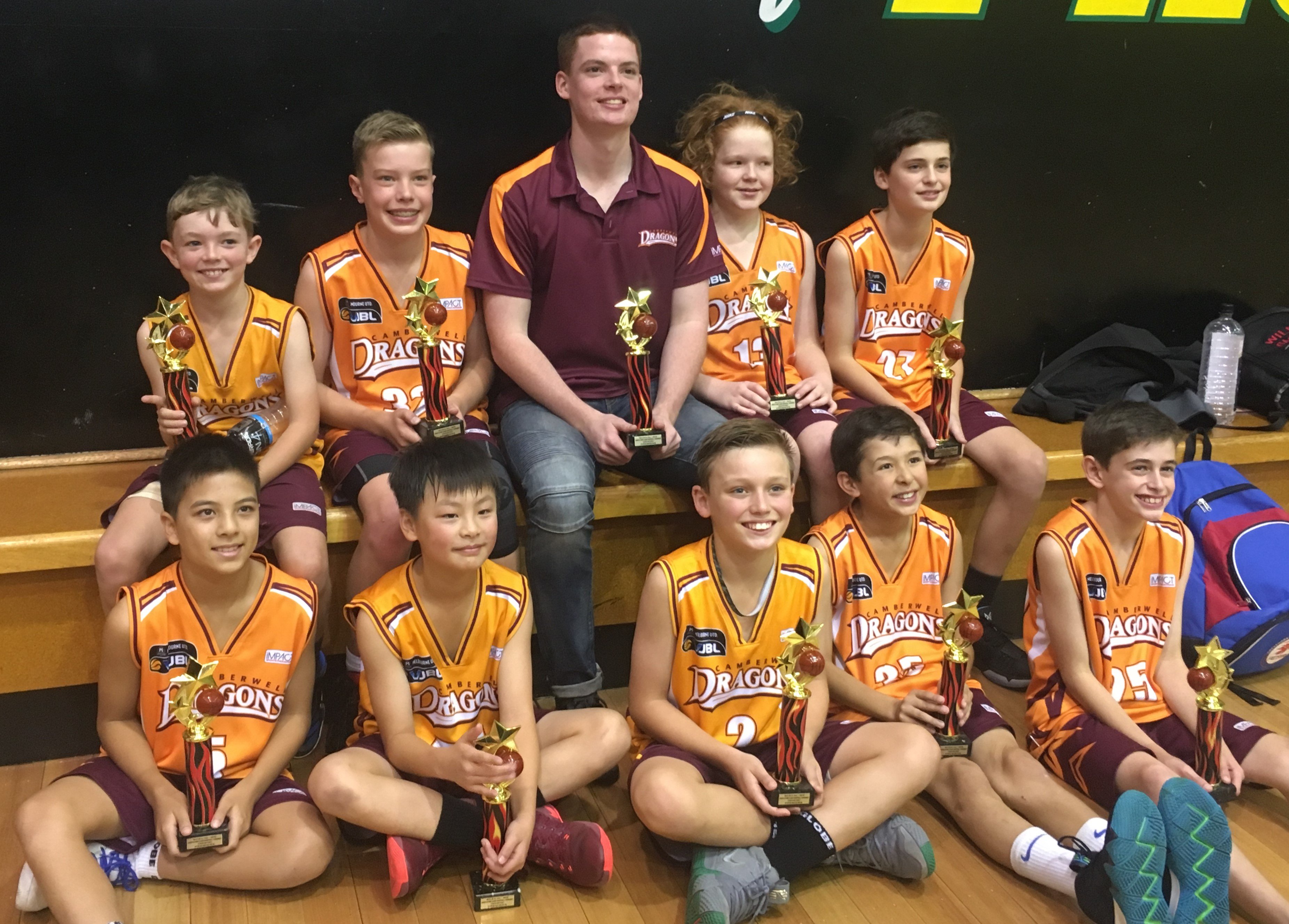 BIG V – ROUND 4 recap
It was great to see so may supporters at BHS last Sunday for our triple header. The YL1M kicked off the day with a thrilling 70-67 win against Coburg. Then the  D1W got the W against Latrobe 85-56 and remain undefeated after four rounds. The D2M fell just short in a tightly contested game against Coburg, going down 80-83. There are no home games this weekend for Big V, but the weekend after sees ALL of our Big V teams having home games for Round 6. 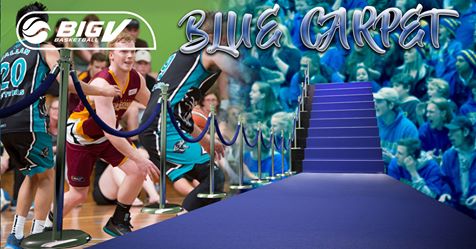 UNIFORM RULES UPDATE
VJBL have updated their uniform policy and full length skins are now approved for players to wear for games. Remember that any compression garments must be the SAME colour for the whole team, so if one of your team mates is wearing white skins and another is wearing black then your team is breaching the uniform rules. The updated uniform policy is up on the website and can also be found HERE

COMEDY FOR A CAUSE – DRAGONS FUNDRAISER
SAVE THE DATE – JUNE 16th

Please see the flyer below regarding our Comedy for a Cause fundraiser. Get you team table together now, tickets can be bought at comedyforacause.net/CDBC

DRINKS ARE AT BAR PRICES 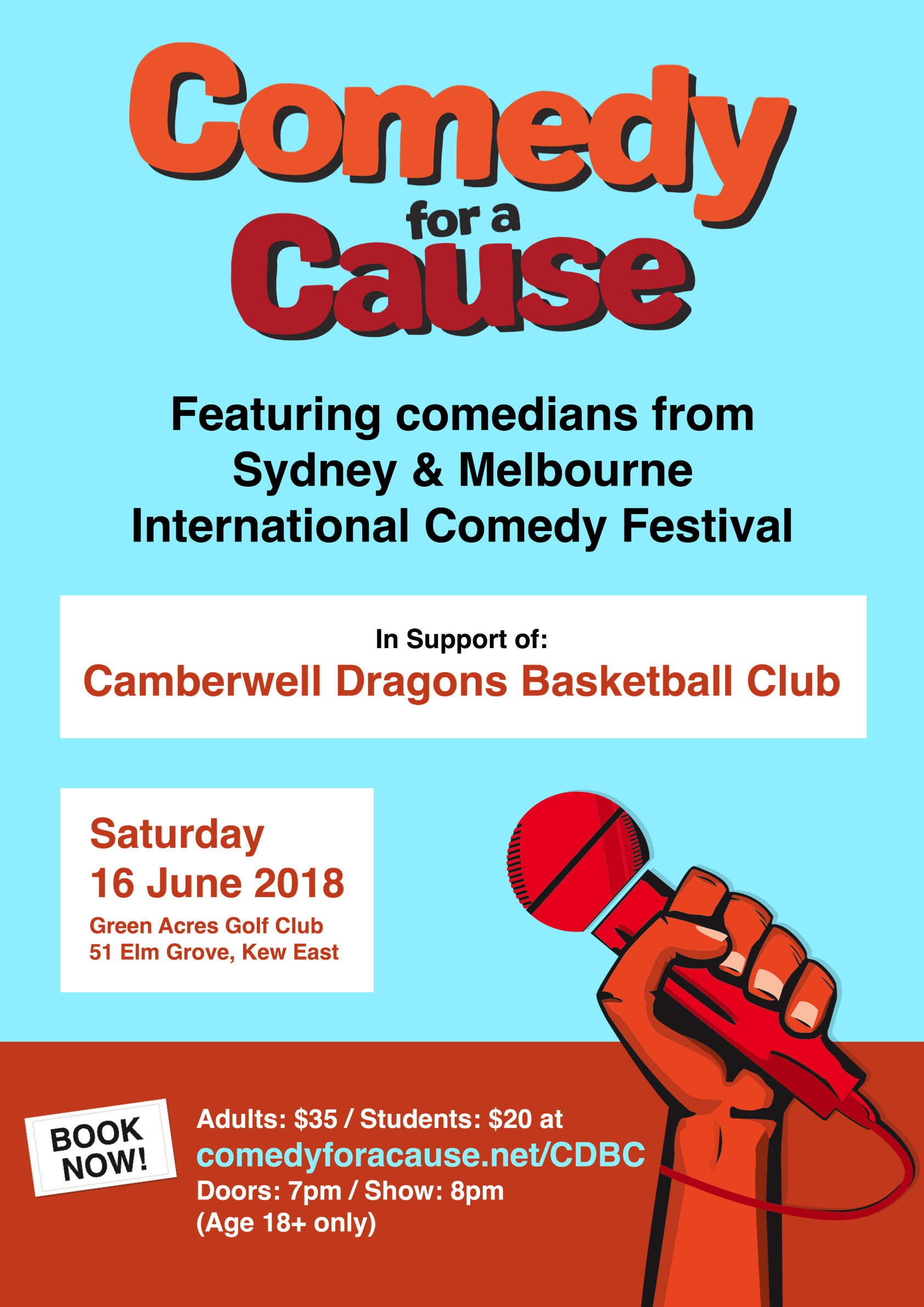 NUNAWADING TOURNAMENT
The Nunawading basketball tournament is on the Queen’s birthday weekend, 9th-11th June, This is not a compulsory tournament so it is up to each team if they want to enter themselves. Team entries are $425.  Details can be found HERE

DRAGONS PLAYER PROFILES
This week we are profiling one of our  Big V Div 2 Men, ALEX BURGESS 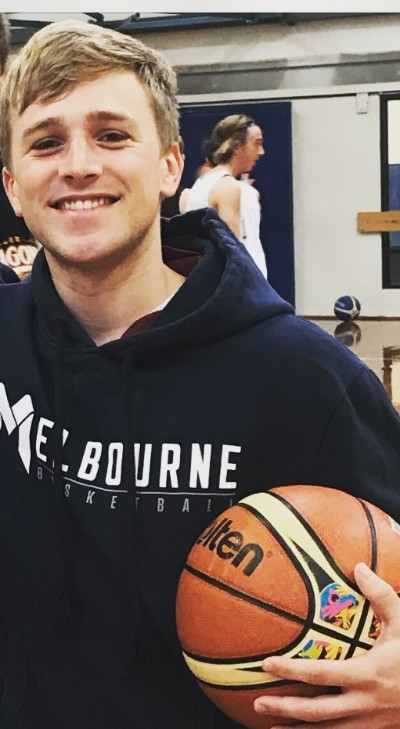 NAME: Alex Burgess
NICKNAME: Milky
SINGLET NUMBER: #4
JUNIOR CLUB: Camberwell
OCCUPATION: Accountant
HOW OLD WERE YOU WHEN YOU STARTED PLAYING BASKETBALL: 10 years old
WHAT IS YOUR FAVOURITE THING ABOUT CAMBERWELL DRAGONS:The culture of the club that is centred on family and community.
OFFENCE OR DEFENCE: Defence
WHO IS YOUR FUNNIEST TEAM MATE AND WHY: Mark Jeffers. His pre game speeches to fire up the team are always very entertaining.
WHAT IS THE MOST IMPORTANT INGREDIENT TO ACHIEVE SUCCESS: Team chemistry.
WHAT IS THE BEST THING YOU HAVE LEARNT FROM BASKETBALL: How to play defence without reaching or fouling (I’m still working on it)
SOME ADVICE FOR DRAGONS FANS: If you are serious about playing senior basketball, have a ball in your hand as often as possible. Work on your individual game not just at training, but also in your own time.