Thirty young U/19 Chinese athletes are currently travelling around Victoria playing against the state’s best teams. On Thursday night these athletes visited Balwyn High on a cold autumn night to play against our Women’s Big V and Men’s Youth League teams.

The Chinese teams have travelled over 9,000kms from the northern parts of China. Both teams are representing the Liaoning Province, which is one of the top provinces in China for basketball. It is situated five hours north east of Beijing boarding North-Korea, with a population of over 44 million people.

As the temperature dropped, the suspense and crowd started to grow for our Women’s team. After exchanging gifts the officials had the game underway, that’s where things started to heat back up. The game was hard fought from both sides, with the Chinese running away 19pt victors. The Chinese shot very well from beyond the arc, however our Lady Dragons lead on various times throughout the match.

It was straight into the Men’s game, to which our boys were looking nervous after the Chinese warm ring was getting a pounding from dunk after dunk. With this in mind our Dragons came out fighting taking the lead at the end of the first quarter. Although the Chinese’s 7ft2 centre didn’t play the entire game the Chinese were to powerful for our boys winning by 25pts.

It was a fantastic occasion for our teams to play against an international powerhouse from a country that equally loves the sport of basketball similarly to us. We sincerely thank Natalie Porter and NPIRE for organising such a great opportunity for the players and the spectators as they cheered both teams passionately over the night.

The Lady Dragons game against Liao Ning U/18 visiting team from China was a chance in a lifetime for some of our players to get the opportunity to play on an international level. This was also a great opportunity for the club as a whole and I believe Camberwell represented quite well.

Our Division I Women’s team played a good game against Liao Ning throughout but finally fell to the visitors by 19 points 75-56. We certainly went into the game preparing ourselves for the upcoming match in round 5 against Sunbury. We looked at different offenses and defences that we had been trying to implement and I think the results were positive. One of our biggest aspects on the night was to give all players an opportunity to play and share in this experience.

We did show that we are quite capable of competing with them and did so in the third term when we held them to just 6 pts. Our girls are certainly working hard at getting better each week and last night was a good measuring stick.

Personally I would like to thank Natalie Porter for her efforts in allowing our team to have this opportunity as well as the club and the fans that were there and supported the event. 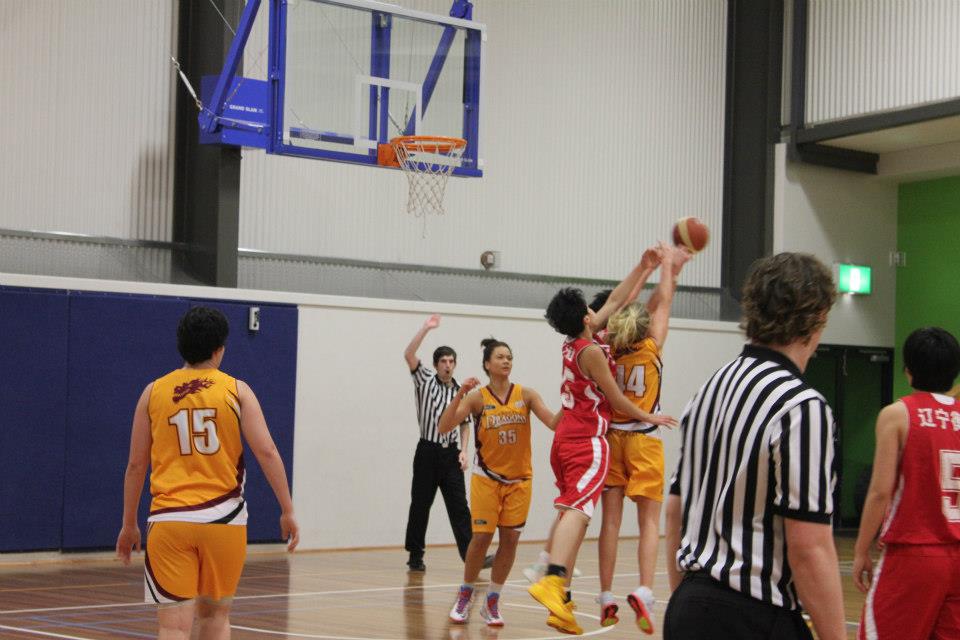 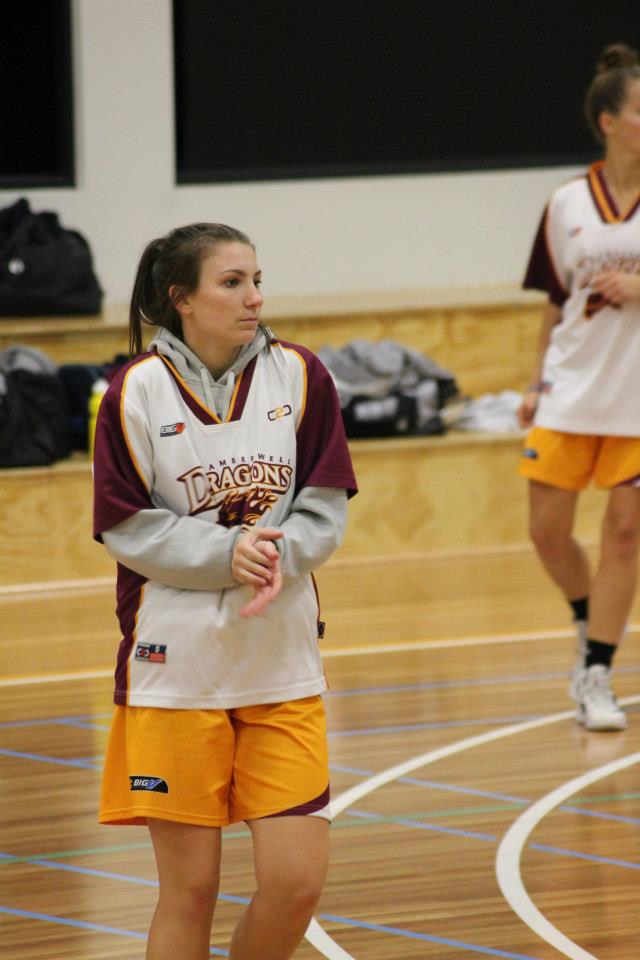 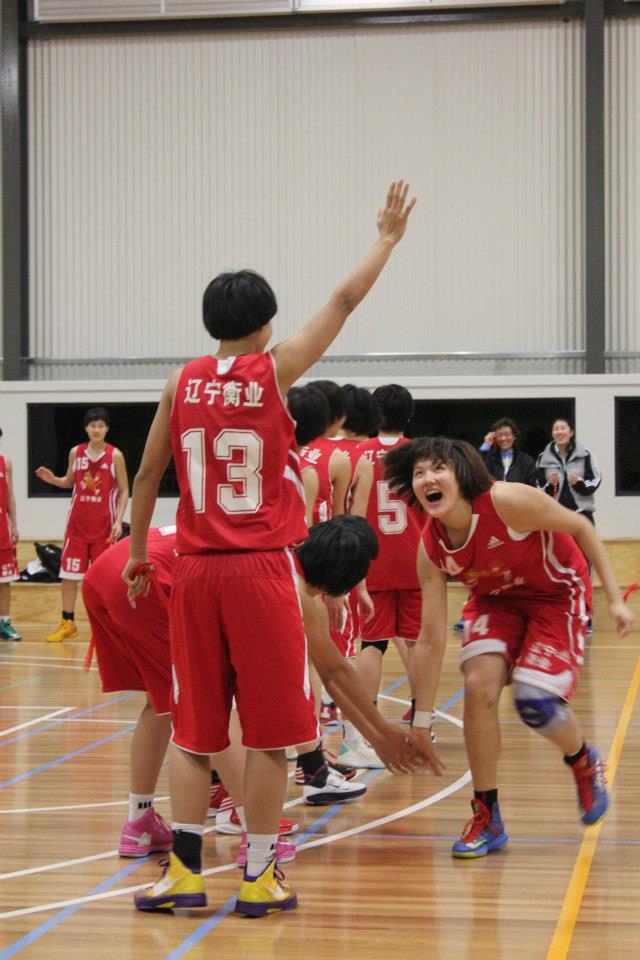 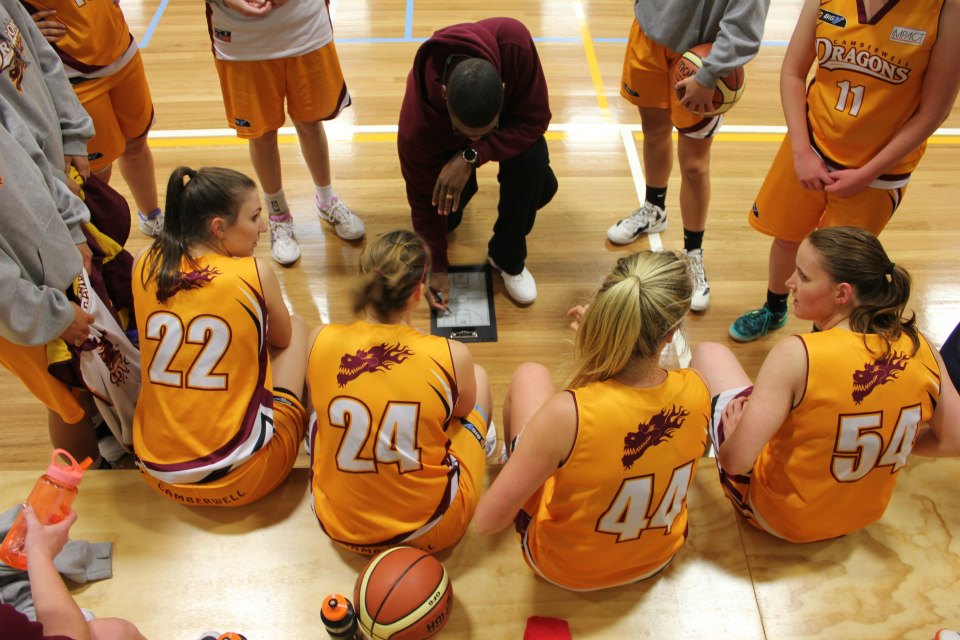 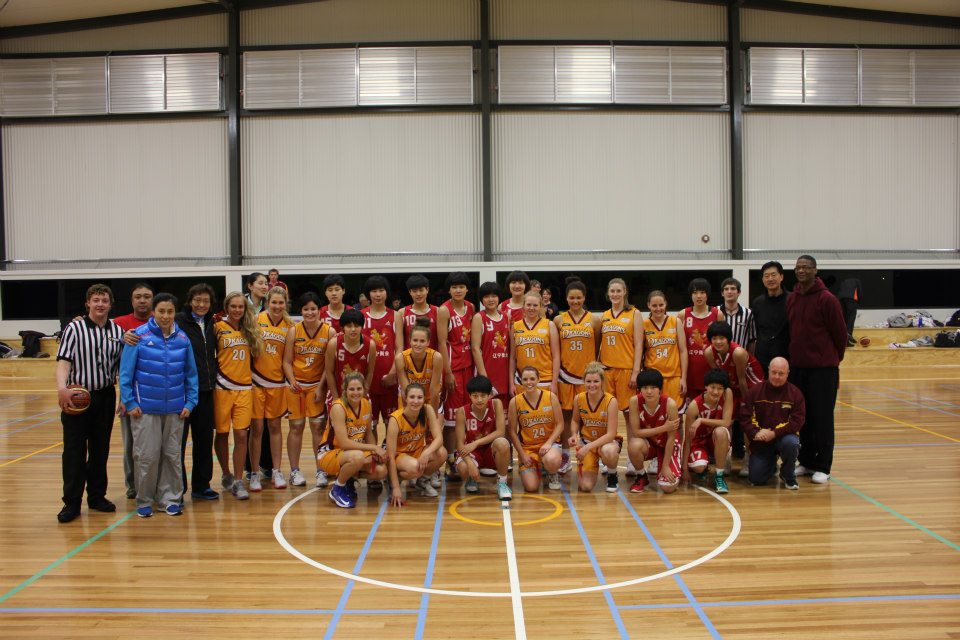 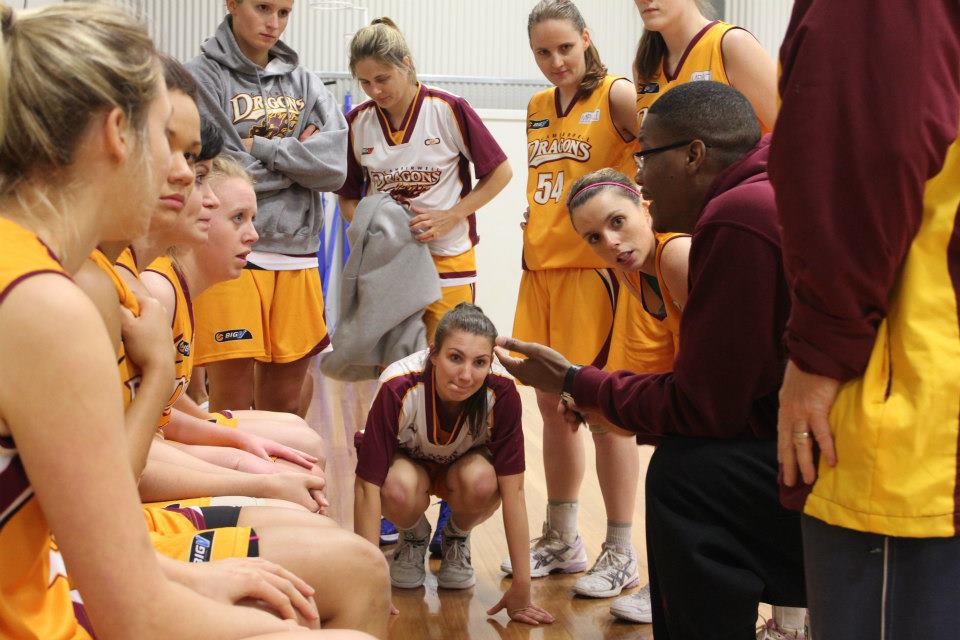 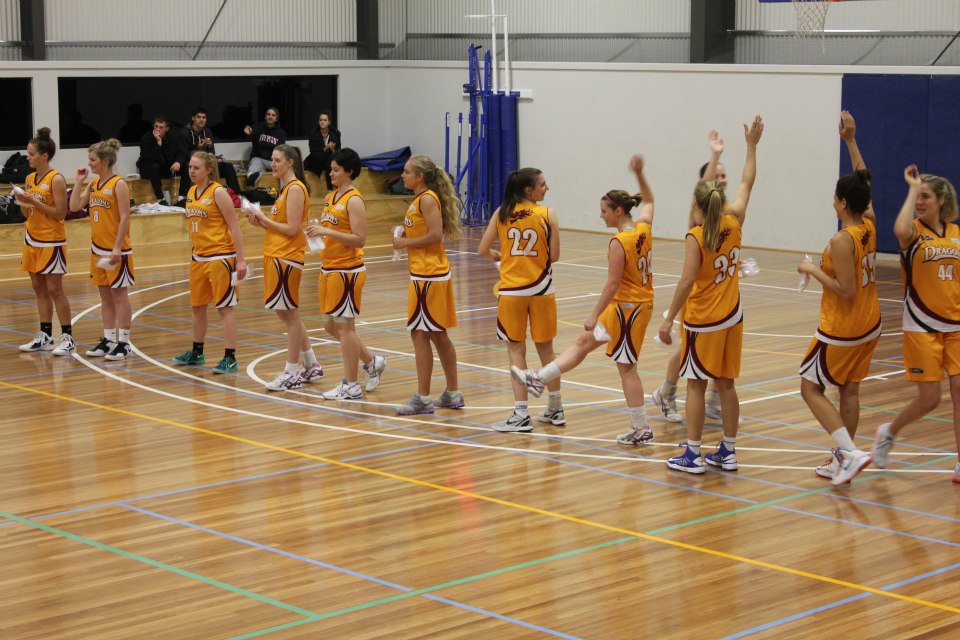 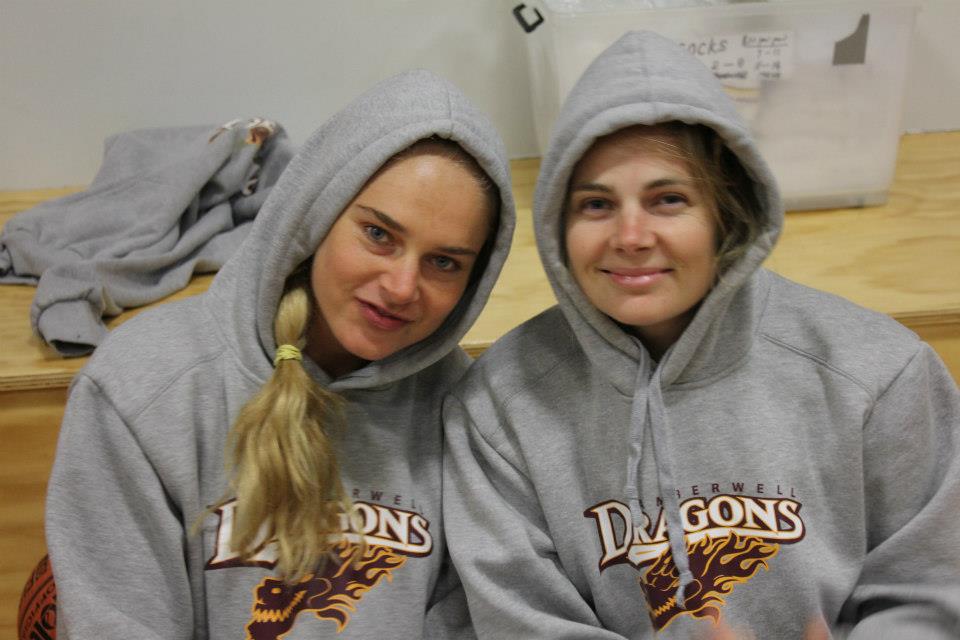 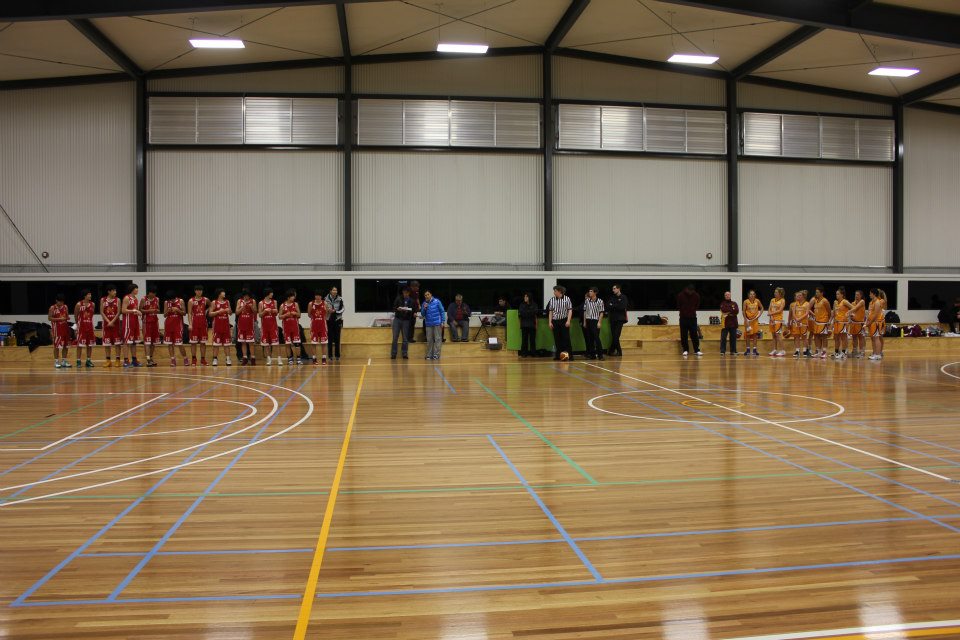 I can see it now.  NBA Draft 2014 – Frank Fraschilla – “Here is the 7’1″ giant from Liao Ning province, Zhou Qi in international action” [cue sketchy hand held camera footage of John Young and Regan Ibbotson trying to contest his two hand baseline dunk in the first quarter].  For those that came out on Thursday night, if you saw this move and finish, then the trip was well worth it.  That and the 3 consecutive blocks he had before this in the first 2mins…

We’d all be liars if we weren’t a little concerned at the start of the game with their size – you only have to look at the group photo to know – at least 4 were taller than our tallest and that’s not including the ones squatting down!  In a bold coaching move however, we decided to go with our tall lineup to start the game to combat their size.

The game was highly competitive and played in great spirits by all.  We held a slim first quarter lead.  However, the visitors attention to detail, size, spacing and passing ability and their 3pt range eventually wore us down.  Liao Ning victors by 20 odd points.  Mark Fernandez was best on court for the Dragons.

We can take a lot away from this game.  Sushi and pizza was not a popular post-game spread option for the visiting team, but the lemonade was well taken.  Sachin Brennan scored his first BigV points (well, need to do this again on the weekend).  Nick Tan is not shy when he comes onto the court.  Most importantly though, how our players learnt the following two points – 1) On both sides of the ball, how effective great team defensive pressure is and vice versa, how to handle this; 2) If you space the floor, share the ball and execute your offense with great discipline, you will be hard to beat.  The Chinese team did these two things extremely well.  We’ll take a lot away from this and look to add and improve in our BigV season. 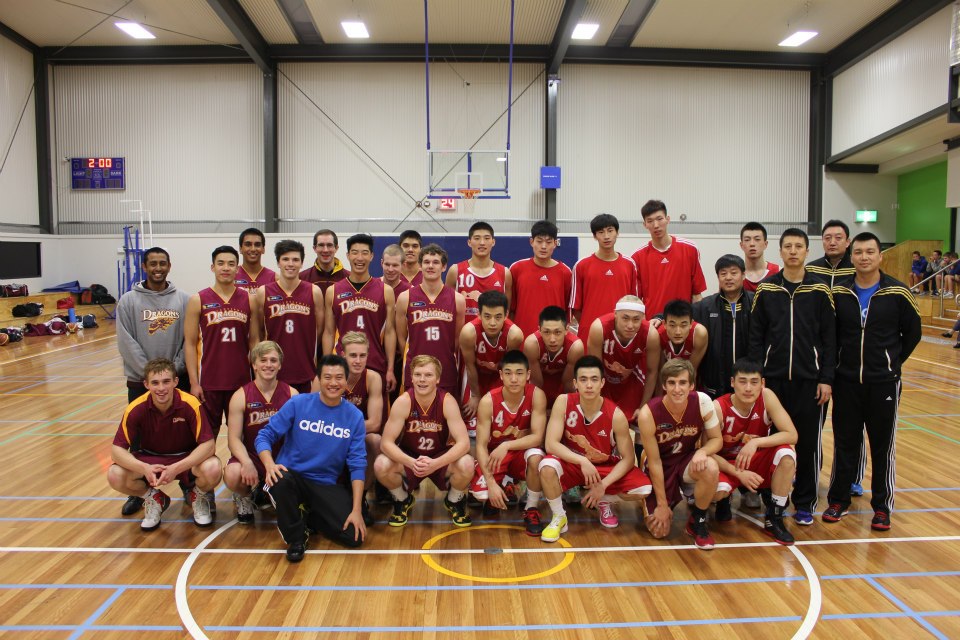 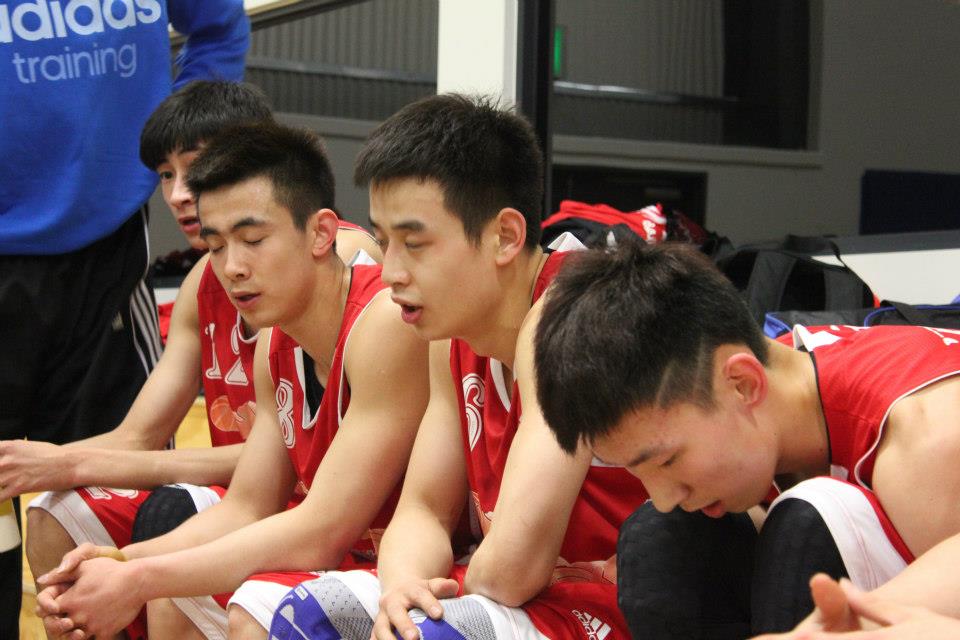 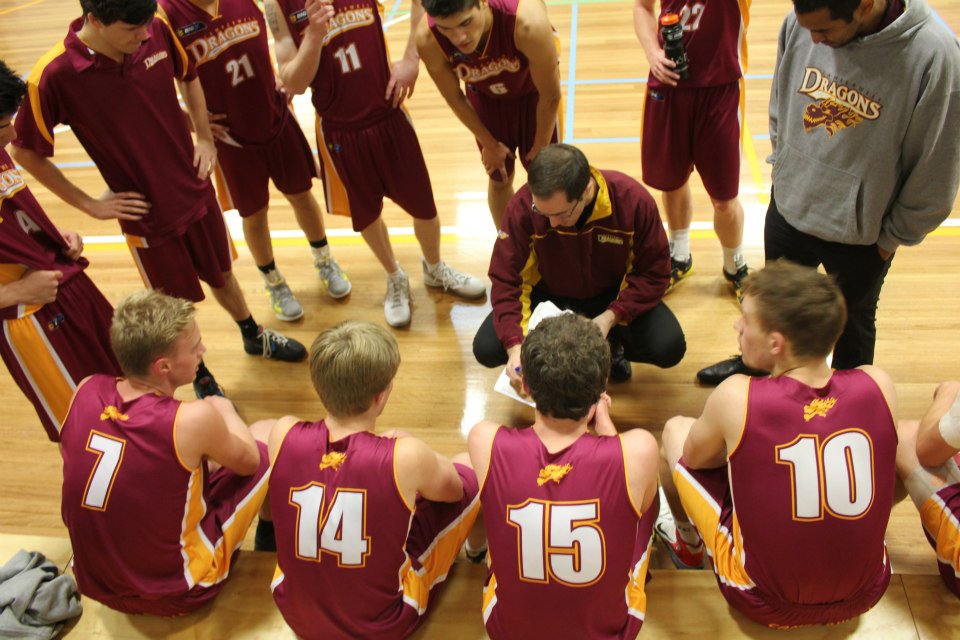 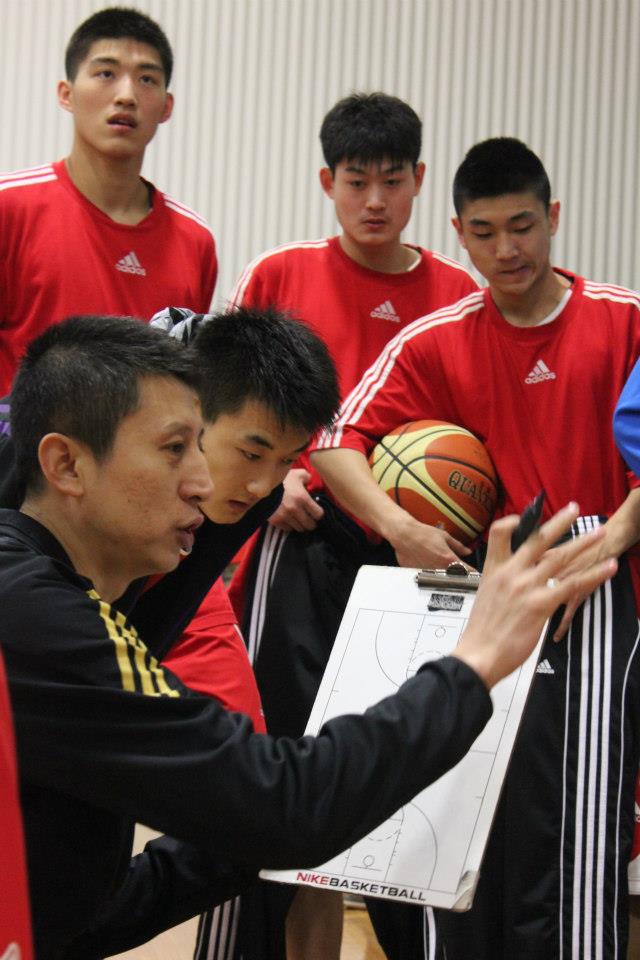 Thanks again for those that came out to support.  Thanks to refs who didn’t foul us out!  And finally, thanks to scorebench, stats, organisers, etc. who volunteered their time to make it happen.